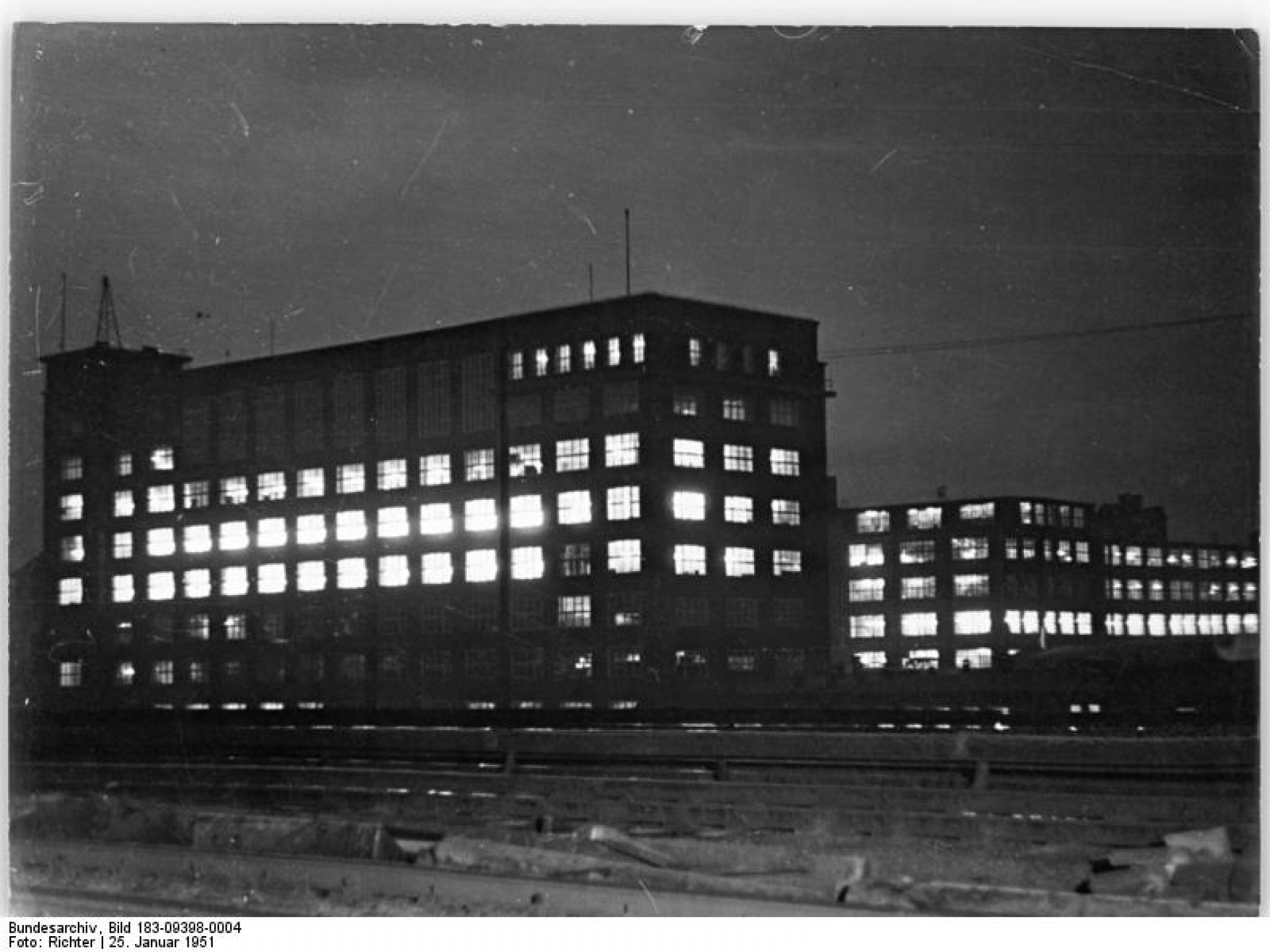 In 1926, AEG AG purchased the plots on Hoffmannstrasse in the Treptow area of Berlin. It is from this site that the company Apparate-Werke-Berlin-Treptow (AT) quickly developed into a major manufacturer of switching devices, electrical measuring instruments and counters, such as relays, radios and mercury-arc rectifiers. As early as 1928, Apparate-Werke Berlin employed around 4,000 members of staff. On 21 October 1948, the Sowjetische Aktiengesellschaft (SAG) was renamed Elektro-Apparate-Werke Berlin-Treptow (EAW).

Following the death of Josef Stalin, the factory was named Elektro-Apparate-Werke J. W. Stalin. The company then changed its legal form on 31 December 1953, as SAG became a publicly owned company. When Stalin was no longer deemed worthy of admiration by the Soviet government in 1960, the name changed to ‘Friedrich Ebert’ VEB EAW Berlin Treptow. A plaque was later created for Werner Seelenbinder at the administrative building in the 1980s. 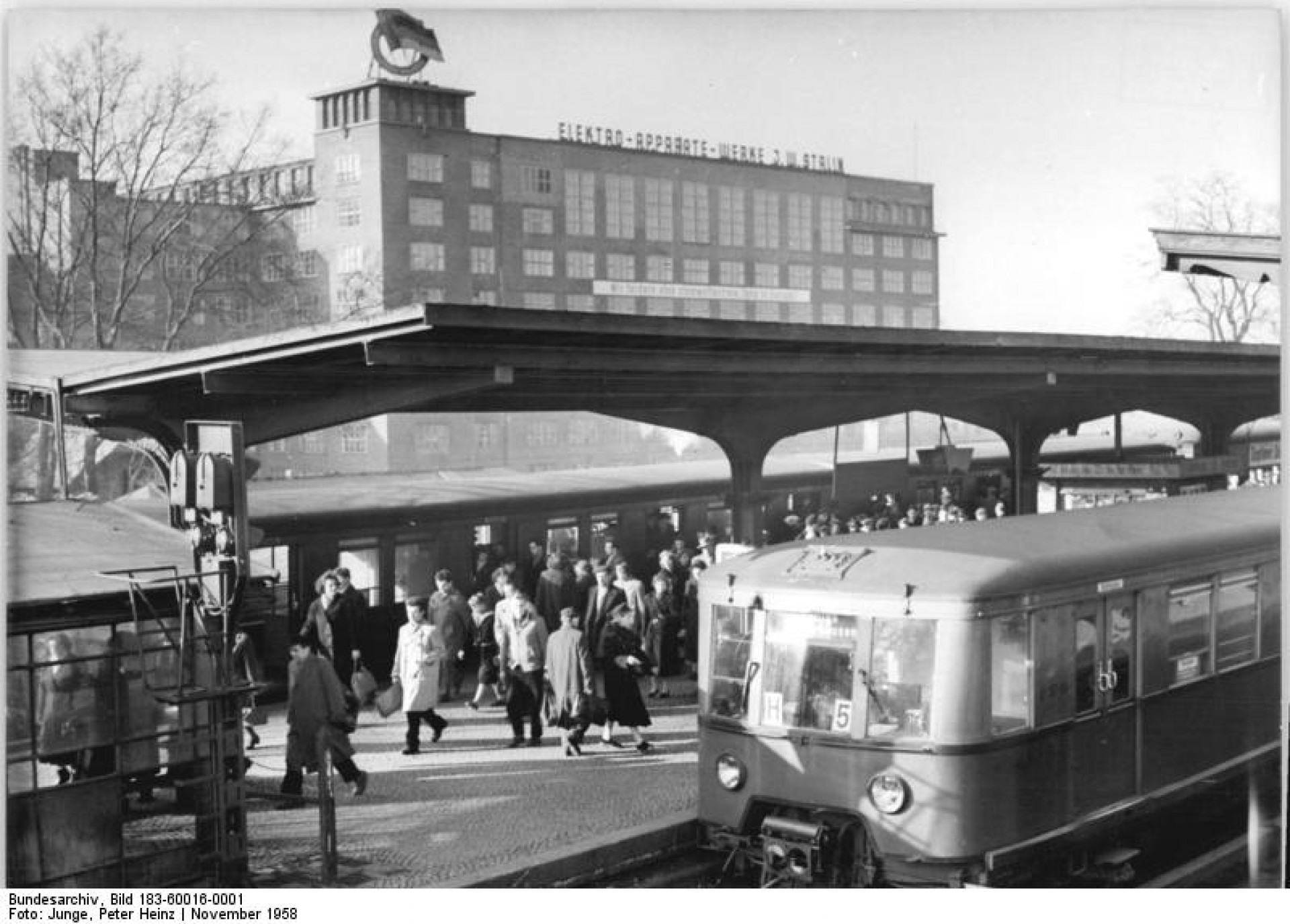 Professional training to be electromechanical engineers, manufacturing technology technicians and plastic processing technicians was provided at the Mörikestraße site on Baumschulenweg, Berlin, and students were later provided with theoretical professional training on Bouchestraße in Berlin-Treptow. Part of the practical professional training for electromechanical engineers and toolmakers (manufacturing technology engineers) took place on Kynaststraße and, up until the end of the company’s activities at this site, on Mörikestraße. As for the plastic technicians, they received their training in the Lindenstraße branch in Berlin-Köpenick.

EAW also provided polytechnical training for pupils from neighbouring schools in Treptow. The class on ‘Productive Work’ was taught to share specific operating processes in the water tower at the Ostkreuz station in poorly maintained huts (that suffered from heating problems during the cold season). The project taught the theory of socialist production and practical solutions to production tasks, which included the construction of indoor fountains for public use. A second location for polytechnical training was on Karl-Kunger-Straße in Berlin-Treptow.

This site was also home to EAW’s training academy, which was established in a bid to provide opportunities for staff qualifications. Business skills with a vocational qualification were the area of specialisation, and annual refresher courses were held on the monotonous tasks undertaken by those with no formal training (such as the production of fridge relays).

Not only did EAW Berlin GmbH privatise in 1993, but this was also the year that a number of independent medium-sized companies were created from the former business areas, including EAW Relaistechnik GmbH. In 2007, Pepi Portage Electric Products, Inc. bought 100% shares in EAW Relaistechnik.

Would you like to get in touch with us? Feel free!